Two amazing teams from Margaret Aylward CC made it to the Regional Finals of Junkkouture on March 6th. Despite school closures caused by the Beast from the East, our costumes were fit and fab in time for the competition. Over 80 teams took part in the regional finals and we were thrilled when one of our teams was selected to go through to the Grand Final in the O2 on April 19th. We hope that you can all join us for this fantastic show. There will be performances by Niall Horan, Little Mix and many more stars.

Our Team members were

Our girls did us proud and they had an amazing experience spending the day at the Helix preparing for the show that evening. Our supporters nearly brought the house down when their teams appeared on stage

Pacific Trash Vortex Bride have already been selected for the Grand Final and we hope to get Doomsday Warrior Princess back into the game when the wildcard voting opens. 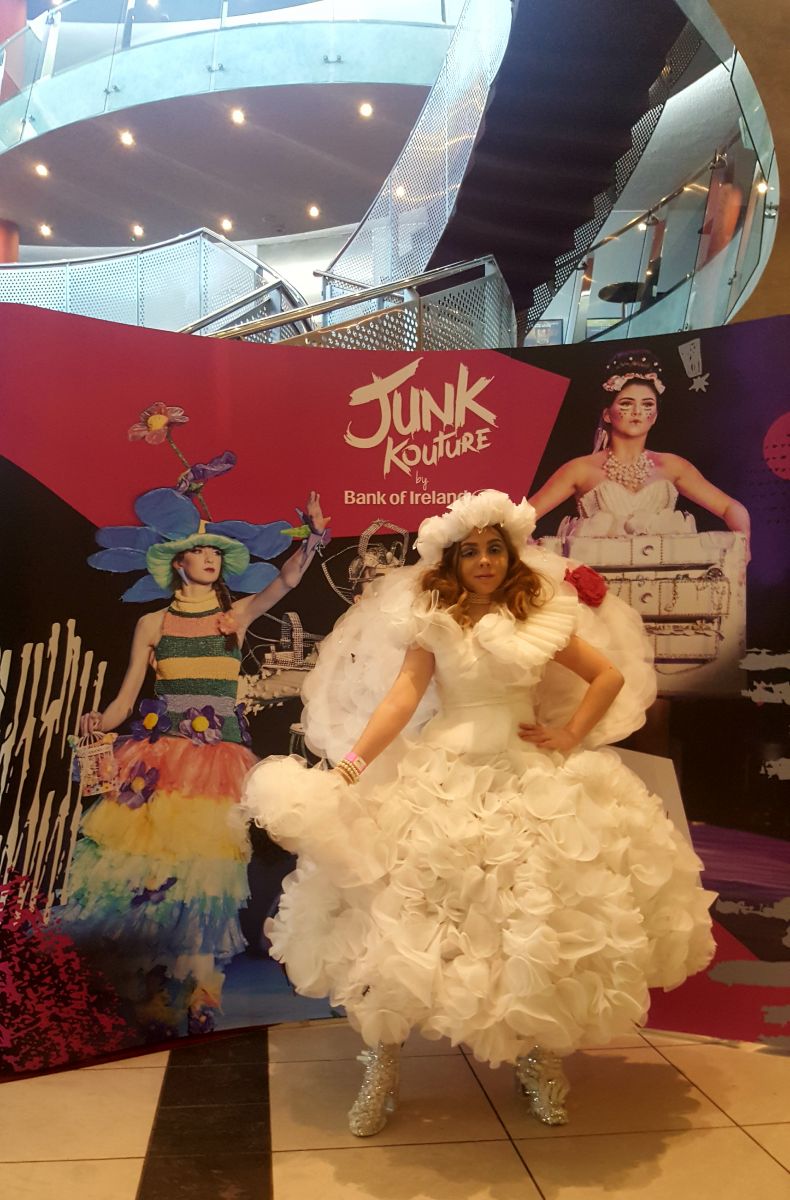